If you are reading this on Saturday morning, I am out running around the great city of Baltimore!  Race Day has arrived and I have returned to the Baltimore Running Festival after taking a break last year.  I haven’t ran a marathon in two years and the last one was a very poor performance, I ran without training.  This time I am prepared and as ready as I can be.

During the last four months I have logged lots of miles with lots of great people.  To be more exact during my training I have run 470.81 miles since July.  I cut back on some training runs but I’m hoping I put in enough to get my goal time, under 4 hours. 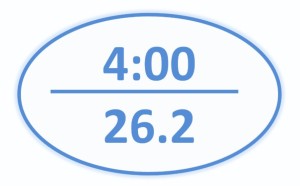 The first time I ran the Baltimore Marathon was in 2012.  I wasn’t as prepared as I should have been and didn’t take training serious until about six weeks before the race.  Once I hit the wall around mile 18 things sort of fell apart, but I was happy to finish my first marathon.

In 2013 I had signed up for the marathon almost 10 months in advance, by the time October came I was burned out from the previous year of running.  I had run something like 15 races that year and had sort of lost interest in training.  I had thought about dropping out but all my friends I had been running with were running so I did to.  What a horrible idea!  By mile 12 I had enough of the marathon and wanted to quit, but finished anyway.  Let’s just say the finish line was pretty empty by the time I got there.  But it was an awesome party at my house afterwards!!! 2014 I pretty much gave up running all together.  I still went to run club and ran but it was sporadic.  I dropped out of a marathon in May, I knew I wasn’t ready so I withdrew about 3 weeks before.  I only ran a couple of races that year and knew running at Baltimore wasn’t going to happen.

If you have been reading my blog you know what 2015 has been like for me!  I’m feeling good, my body is strong, other than some minor aches; I am ready to run the Baltimore Marathon for the 3rd time! (4th marathon total).  I’m hoping this is my year.

As I ‘toe the line’ tomorrow, okay let’s be real I’ll be in the middle of the crowd somewhere, it will be sort of odd.  It will be the first time in Baltimore I’m not running with anyone I know.  All of my friends have finished their marathons!  I’m sort of jealous.  I have a game plan in my head and just need to stick to it tomorrow.  I’m sure lots will be going through my mind tomorrow as I run the streets of Baltimore and I am sure I will reflect a lot on the past marathons, training, and the people who have helped my prepare for the race. I’m looking forward to sharing more thoughts after the race and hopefully being able to share a story of a PR!

What pushes you to run?

One thought on “Returning to the BRF”