In mid-October of 2014, since my clothes were getting a bit snug, it was time to buy a scale.  When I stepped on the scale for the first time it was a bit of an awakening for me.  In the three years since I had started running again, I gained back the weight I had lost and then some.  I’d never seen that high of a number on the scale before and I wasn’t happy about it.  No one ever said anything to me about the weight I had gained, it was just the pressure I put on myself.  It was time for a change, but I had said that before and didn’t do anything about it.  Running was infrequent, maybe once or twice a week, and my eating habits were not ideal.  More often then not it was fast food, high sugar, carb-loaded foods that were slowing me down and adding to the waste line.  The change needed to be serious this time.

When I turned 30 I did a year of ‘yes’.  It was fun, but I felt a could have done a lot more, but I digress.  With my 32nd b-day approaching, it would be a good time to start something new and dedicate a year to it.  Why a year?  Because I’ve never done anything for a year, and it seemed as good as any arbitrary time.  So what would I do for a year…the last year running had become tedious for me and I was just going through the motions to try and stay in shape, I wasn’t enjoying running like I had in the past.  I had backed out on two marathons, and had only entered two other races, the year before that I had done 18 races.  Perhaps it was burnout, but I needed to focus on running again.  There is something therapeutic about running, that I had almost forgotten about.  That is when a year long running streak popped into my mind.  Quickly, I looked up what constitutes a running streak and Runner’s World (basically a runner’s bible) stated for their streak you have to run at least a mile a day, so that would be my minimum to keep my year long streak going.

But was running enough to shed those pounds?  In my mind…no, my eating habits needed to change.  One of my very good friends is a vegetarian and so again, arbitrarily, I decided being a vegetarian for a year would be a challenge as well.  How do you go from eating meat your entire life to giving it up?  I just decided to stop and see how it went.

On Oct 25th, I started the run streak and Oct 26th, cut meat out of my diet.  Two big changes at once!  I was a bit nervous that I would not be able to do either for a year, so I didn’t tell many people what I was doing at first.  Rarely (even when I was running more frequently) would I ever run three days in a row, let alone 365.  Some people immediately said, if you are going to run that much you need to eat meat…you need protein.  I would quickly retort you can get protein from other sources, i.e. eggs, nuts, soy, etc.

The same time I decided to start my year long challenges a friend of mine started selling one of those cleanse packages and convinced me to try it out.  It was a 4-week cleanse and I was worried, especially since I was changing my diet so drastically, that I would not have enough energy to run.  To my surprise I think it actually helped with the transition from being a meat-eater to a vegetarian (cleansing my palette) and I lost about 8 lbs. over the 4 week period.  My energy level stayed the same and I may have had even more energy then before starting the cleanse.  I never had a craving for meat at the beginning of the challenge and haven’t to date.  The cleanse was a jump start (I call it a gimmick) it wasn’t a way of life.  The challenge would begin by maintaining a healthy vegetarian lifestyle after the cleanse was over.

When I reached day 7 of the run streak I was overjoyed and decided to start sharing my challenges with friends and family.  Seven days is a long was from 365, but even after a week I felt accomplished and knew support from my running friends and family would be helpful.  Some of my friends teased my about the barrage of run-selfies that began appearing on my instragram, so I’ve cut back and tried to take ‘more exciting’ run photos (or at least ask someone else to take the pics of me).  Having support along the way has been really helpful in both my challenges, today will be day #229 of the run streak, the encouragement and motivational pep talks from my friends have been very helpful.

There have been many challenges and new experiences in the last 228 days that I’ll be sharing with you, but I’d like to hear about goals you have set for yourself, challenges you’ve had, what you have accomplished, and what motivates you, and is there any way I can help you reach your goals? 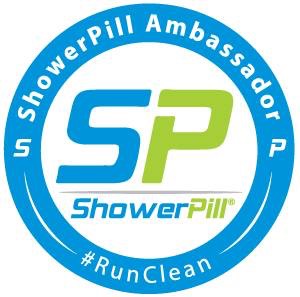